Some of the places you should visit if you love history, nature and culture. All villages suggested are located no more than one hour’s drive from the hotel Daniel.

Perched on a small tuff hill, Mount Jupiter, a few kilometers from Igea Marina, Santarcangelo di Romagna is a little gem, where culture, shopping and fine living get together and give life to a very lively city.

To visit in Santarcangelo is the “upper town”, the historic old town which is now a maze of small picturesque streets, low houses with pastel colors. At the top there is the big bell, which contributes with its shape to its recognizable skyline. Further down is the court where once was played the “Pallone col bracciale” ball game. After a walk it is advisable to stop at the Pro Loco and ask to visit the “caves”.

Also to see is the Malatesta fortress, imposing on top of the hill, open only on certain days of the year.

In Santarcangelo was born Tonino Guerra, poet who was also a scriptwriter for Fellini; dedicated to him are a permanent museum exhibition and the fountains refreshing park Clementino.

In this regard, here was also born Pope Clement XIV, to whom is dedicated the arch in the Ganganelli square.

A small museum along the stairs climbing to piazza delle Monache traces the history of an accessory surprisingly linked to different social and human affairs: the Button, of which are preserved some remarkable pieces. Those who continue to climb, will find the Musas, which preserves the artistic and archaeological heritage of Santarcangelo.

The city is alive with many summer events that attract thousands of people: among many, in July, the Theatre Festival and Goblets of Stars in August.

One of the smallest states in the world gives its welcome to visitors from the entrance at its customs, defining himself as the ancient land of freedom.

San Marino is constantly visited by thousands of tourists, both for the breathtaking view of the coast, both for the old town protected by UNESCO and for historical commemorations which are always crowded.

San Marino is located on Mount Titano, 750 meters high, which rises steeply a few kilometers from the sea. The origins of the community can be traced back to a Christian stonemason, fled the persecutions of Diocletian, who took refuge here;

Once in town by car or cable car, you walk through the narrow streets full of souvenir shops until you reach Piazza della Libertà, where there is the Public Palace and where you have a breathtaking balcony on Valmarecchia.

Continuing to climb you get to the three fortresses: the Rocca Guaita, built in the eleventh century,
with chapel in Santa Barbara; Rocca Cesta, dating back to the thirteenth century, which stands on the highest point of the mountain, and finally the third tower, the Montale.

The lovers of the Middle Ages here will find historical commemorations and tournaments, such as the Medieval Days in late July, an event full of shows and events that take place in the charming Cava dei Balestrieri.

There is also a small museum of Torture.

Verucchio can be recognized from the street that passes through Villa, the modern part of Villa Verucchio town. Giovanni Malatesta was born here and, many centuries before, grew up and lived the Villanova civilization, we today know through the legacy of artifacts found in the necropolis.

Between the ninth and sixth centuries BC here developed a refined civilization, perhaps of Etruscan origin, to which is dedicated to the Archaeological Museum the first stop to visit Verucchio.

In the museum, you can follow a real journey through Villanovan women’s jewelry, the harness horse warriors or their magnificent helmets. The highlight of the collection is a wooden funeral throne, finely inlaid.

A walk through the romantic streets of Verucchio is highly recommended, with manicured gardens and houses from fairytales. In one of the highest points is the Malatesta Fortress. Verucchio is full of quality restaurants and is nice to stay for dinner, maybe in one of the rooms with panoramic views on the valley.

Outside the town, towards the Villa, there is a Romanesque church dating back to the tenth century, which can only be visited from the outside, while Villa is the monastery founded by St. Francis of Assisi in 1213, with a huge cypress tree 25 meters high that, according to the tradition, was planted by the saint.

Who does not know the sad and compelling story of Paolo and Francesca? Their troubled love story, born and raised in secret, stopped, according to the major version, for an act of violence on the part of her husband, who took her brother and his wife together and killed them both.

It looks like the scene of their love was just the Fortress of Gradara, a small and charming village in the south of Rimini. When you visit Gradara you can immerse yourself completely in the atmosphere of the past.

Every two years, in July, is held the Siege of the Castle, a medieval reenactment that draws visitors from all over Italy. The next event is scheduled for July 2016.

You can also choose the literary path, which takes visitors to the heart of the story of Paolo and Francesca, with reconstructions of traditional customs.

Also worth seeing is the church of San Giovanni Battista, built at the behest of Giovanni Malatesta, with its fourteenth century facade and eighteenth-century interiors.

Fans of mysterious stories can not miss a visit to the castle of Montebello, famous throughout Italy for the history of Azzurrina: it is said that the castle is still haunted by the ghost of a little girl lived in the late fourteenth century, suddenly disappeared.

It seems that the girl was the daughter of a feudal local lord, Uguccione Malatesta, and affected by albinism: that’s why her mother dyed her hair with natural substances that caused her to have a bluish hair.

Every June 21, the date of her death, it is believed that the signals of the presence of the ghost become more intense (every five years are also recorded) and strange events have occured also during other times of the year.

In summer they organize night visits to the castle, more focused on these aspects.

Apart from this legend, the castle of Montebello is worth a visit because it is still well preserved in its two parts, the medieval and renaissance one.

The entire village of Montebello is a must to see because, although small, is a gem, with its houses and its cobbled streets: from Montebello you can also enjoy a wide panorama of the Valmarecchia.

Located in the Valconca, south of Rimini, is a small town surrounded by hills dotted with olive trees, with an old town deserving a visit. Access to town is guaranteed from Porta Marina, built by Sigismondo Pandolfo Malatesta. The second access road is Porta Montanara, overlooking the Apennines.

Once inside, you realize that one of the peculiarities of the village: vivid murals decorate the exterior walls of the village houses, made from 1991 onwards during the 800 Festival, an event held every year in August.

The theme is ’19th century invention”and every year new artists leave their works enriching the tradition of painted walls.

To visit the church of San Biagio, which houses many works of sacred art, of 15th and 19th century authors and the remains of Sant’Amato Ronconi. Also interesting is the Civic Tower, with the walled coat of arms.

After leaving the town centre, it is advisable to go to the Cerreto Castle, one of the best preserved rural villages in the Rimini area, with traces of the fortified structures that were built in the Middle Ages.

Each year it hosts a special carnival, with masks of ancient origin called “Clowns”.

Another interesting event is Saluserbe, in April, where the green of plants and flowers and the bright spices color the center thanks to the stands of specialized exhibitors.

Don’t hesitate, book your holiday immediately for the best value rates and by spending just a few euro more, you can insure you booking from unpleasant unforeseen setbacks. 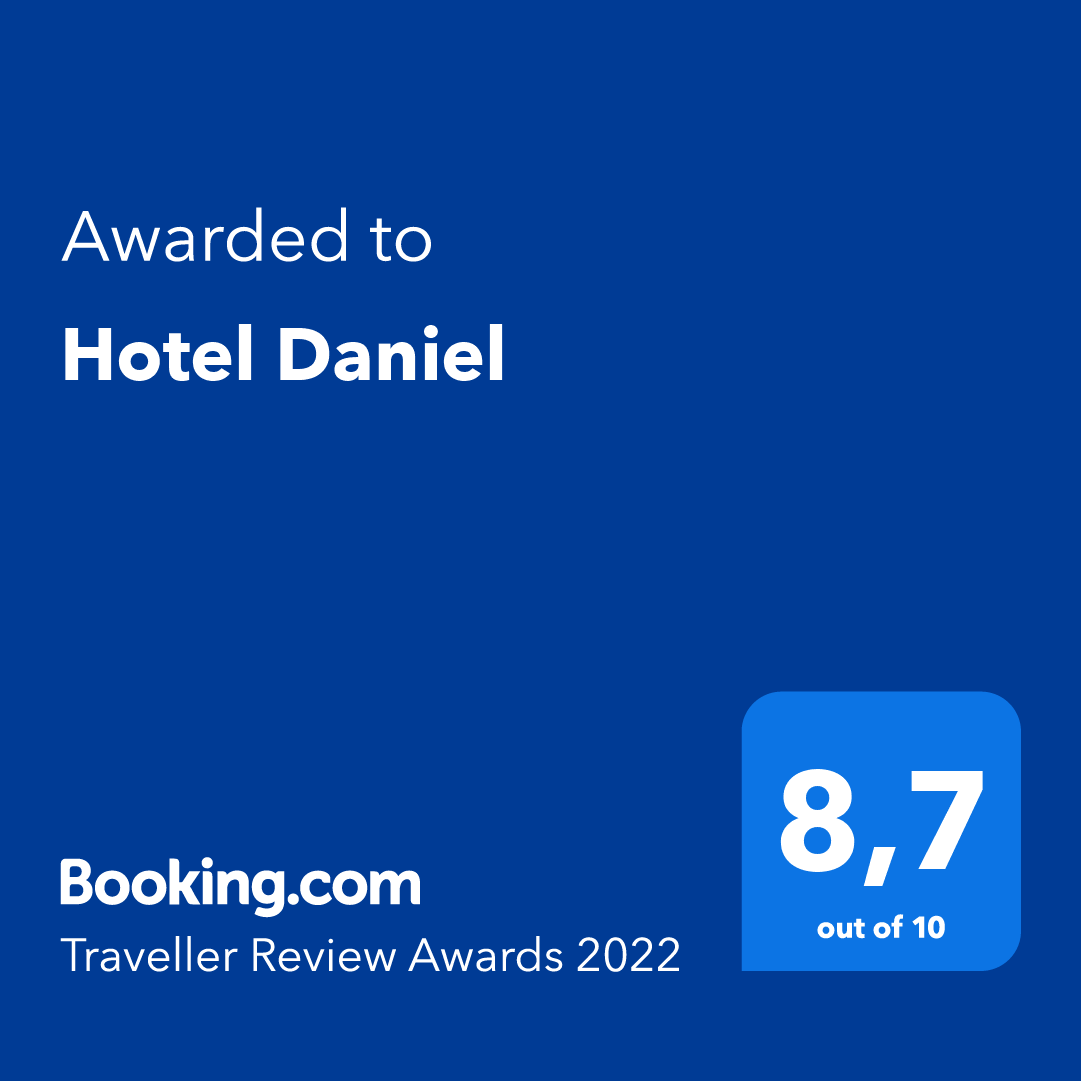 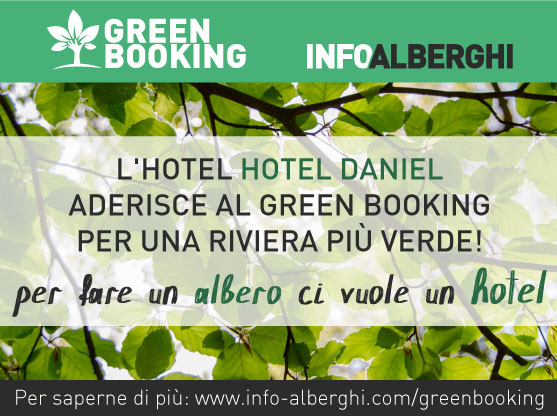